The roots of Verdiroc stretch back more than 50 years, when the Greenwin Construction Company was first founded by Lipa Green and Arthur Weinstock to build single-family homes. Since, Verdiroc has helped change the skyline of Toronto through its involvement in a wide range of projects, including residential high- and low-rise projects, non-profit and affordable housing, industrial, institutional, commercial and retail. With the Verdiroc Hospital Consulting Division, we have had extensive involvement in many of the City’s most important medical redevelopment projects such as at the Mount Sinai Hospital, Scarborough General, Princess Margaret and the former Wellesley Hospital.

The principals of Verdiroc are also the owners of Greenwin Inc., one of Canada’s largest privately owned residential property management companies. Greenwin owns and/or manages more than 1,000,000 square feet of commercial space and 20,000 residential units in town homes and apartment buildings of all sizes throughout the GTA, as well as Cambridge, Guelph, Hamilton, Dundas, Kitchener, Niagara Falls, Ottawa, Oshawa, St. Catharines, Waterloo, Quebec and Saint John.

One of the major keys to Verdiroc’s success is that it continues the family heritage of innovation, integrity and excellence that began with Greenwin more than five decades ago.

GET TO KNOW US 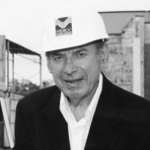 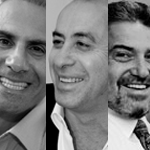